Over 16 to 23 February, the 50th International Session of the Model European Parliament was held in Paris and Strasbourg. The MEP Programme – Model European Parliament – organised by the San Patricio Foundation, is an educational programme whose objective is to promote awareness of European citizenship and a culture of constructive parliamentary debate among young people through an innovative methodology that promotes essential skills for their future. 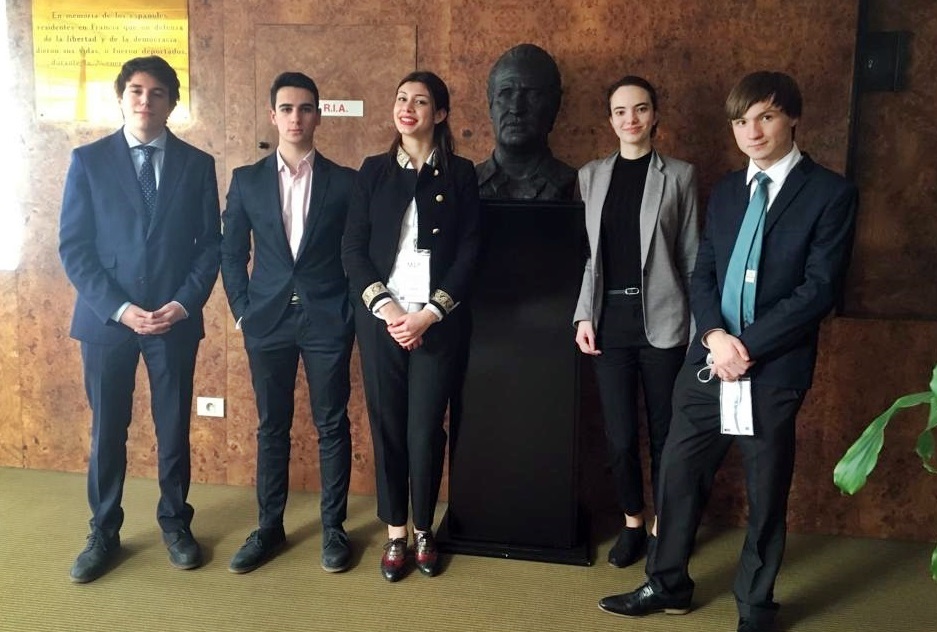 This international session was attended by a Spanish delegation made up by five students selected to represent Spain in this 50th International Session of the Model European Parliament, which took place in Paris and culminated in Strasbourg with the General Assembly: Sofía Peleteiro, from Manuel Peleteiro School in Santiago de Compostela; Alejandro Fernández,from San Buenaventura School in Murcia; Jaime Riaño from San Patricio School in Madrid; Mª Luisa Cara, from SEK International School Alborán in Almería and Nicolás Martínez, from IES San Juan Bautista in Madrid. All of them were accompanied by Borja Aguilar, head of the San Patricio Foundation. 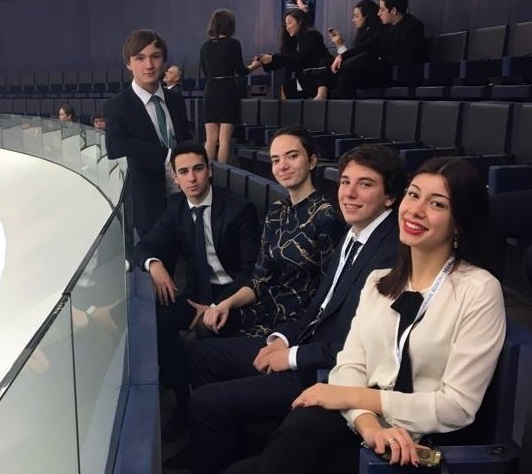 The event featured a full programme of activities with delegates working for three days in commissions on topics of European current affairs, nuclear weapons and others and together with delegates from the 28 member countries of the European Union, to finally discuss the resolutions prepared in the framework of the European Parliament of Strasbourg on 21 and 22 February.

Congratulations on this magnificent Spanish representation of young parliamentarians!